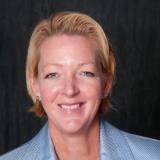 If all politics is truly local, Susan "Tootie" Burns won the debate for her no-nonsense grasp of local issues. Where candidates Laura Nauser and Mark Jones focused on global -- in this case, city-wide -- issues like crime and job creation, Burns emphasized her interest and expertise "on the issues I keep hearing about when I go door to door," traffic, roads, student housing, a new power transmission line, and development of an Americare assisted living facility on Nifong chief among them.

"Growth that recognizes the character and safety of our neighborhoods," is a Burns platform, and sums up the essence of her vision: she'll be a neighborhood-by-neighborhood representative who puts 5th Ward constituent needs at the top of her priority list. That makes sense because her longtime neighborhood -- the Grasslands -- is up to its proverbial neck in neighborhood issues, especially traffic and safety.

With a more establishment platform focused on city-wide issues -- expanding the Columbia airport and job creation chief among them -- Mark Jones was the most polished of the three candidates, giving an especially eloquent explanation, for instance, of the rights people with disabilities have to a fully-accessible community. A National Education Association staffer, Jones also emphasized his own accessibility, and seems as though he'd govern mostly as a facilitator.
But just as often in politics, constituents need a fighter, and Jones' platform seems too much a redux of the platform that cost Glen Ehrhardt his race with Anthony: More funding for firefighters; increasing the job creation "toolbox" (last

year's most overused political cliche); and expanding the airport for all those Mizzou students coming from Chicago. This writer cringed, for instance, when Jones told the crowd he was "loathe to reduce" any tools in that job creation toolbox of tax incentives like EEZ.
Last, but certainly not least, Laura Nauser, whose name recognition and honorable service over two previous 5th Ward Council terms are going to make her hard to beat. It can be done, and both Jones and Burns have the savvy to do it. But it won't be easy.

Nauser is hard to pigeon-hole. She seems too pro-developer and conservatively elite to some, but a closer look at her record says she's anything but, just as often championing at-risk youth (she's a juvenile justice official) as she has championed real planning and real policies instead of the ad hoc, disheveled approach City Hall often uses to facilitate developers.

Nauser has far and away the best understanding of crime, a thorny problem that continues seeping into all parts of city life despite ongoing efforts to turn it back. And like Burns, Nauser is no-nonsense. She doesn't suffer fools and isn't afraid to speak her mind.

If Nauser has any problems, it will be the unpopular projects -- like Garagezilla, the Tiger Hotel TIF, and a brazen attempt to use eminent domain against Bengals Bar and Grill -- that took shape on her watch; and good ideas she had -- like a visionary 2008 crime prevention program -- that fell flat.
-- Mike Martin for the Columbia Heart Beat