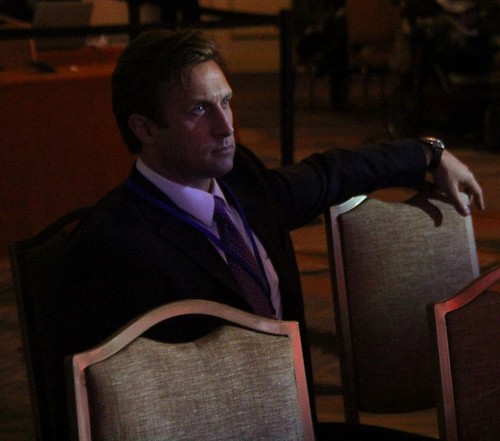 And if he is real, why is he so secretive, mysterious?

Newspapers want to know.  Websites are asking.
With a name reminiscent of a Barbara Cartland romance novel; a pedigree more Harvard than Mizzou; a beautiful fiance named for the French couturière Chanel; and most recently, his abrasive manifesto about women, voters want answers, too.
Yes, Missouri:  Courtland Sykes (above left) is real.

But does he really expect Chanel to have a "home-cooked dinner at six every night...one that I expect to have my daughters learn to fix...nasty, nail-biting, manophobic, hell-bent feminist she-devils be damned?"

Trump lends himself to parody, often deliberately, as Alec Baldwin, Rosie O'Donnell, and legions of comedians long ago discovered.  There's nothing particularly funny about Courtland Sykes, which may explain the "is he real or not" head scratching.  "Eerie"-- creepy, even -- is one way to describe something so wildly unusual it should be funny, but isn't. 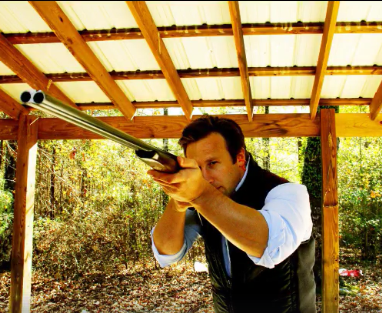 Impromptu photos of him with Chanel (below) suggest the kind of storybook love you'd find in a Barbara Cartland novel.

He has a real mom and dad, Darlene and Richard, a real sister, Story; and the folks back home in Arkansas are cheering him on.

Fort Smith and Hot Springs residents remember his grandpa Robert J. Sykes as a prominent, civic-minded businessman who got an award from President Bill Clinton "for his distinguished and exceptional service."

Mom Darlene thinks his heart is in the right place, and has given strongly-worded testimony to that effect.
"Courtland is disgusted with the state of corruption in Washington and wants to serve us -- America in the U.S. Senate," she announced on Facebook.  "This is a grass roots campaign; Courtland turned down the D.C. offers of support attached to establishment politicians.  He's determined to run an honest race, free of inside deals and corruption." 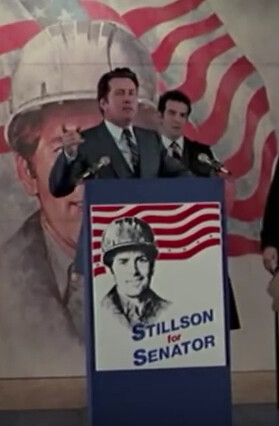 art.  Greg Stillson claimed he was honest too, projecting one image to the public while hiding his real ambitions of power, control, and the absolute destruction of all enemies, real or imagined.

While Sykes is nowhere near Stillson territory, he is frolicking in murky political waters, most notably with an organization that takes its name from Seal Team Six called "MAGATeam6."

Though it looks and quacks like a Political Action Committee (PAC), MAGATeam6 "is not a PAC, but a group of individual donors seeking other donors," says the organization's website.  "It is one political donor's effort created to encourage other citizen donors to donate directly to conservative candidates."

That donor, John Krueger, supports Sykes, three other US Senate candidates, and eight US House candidates. And while Sykes may want to run his campaign free of Washington influencers, Krueger is an experienced electioneer. He co-founded an actual PAC, the MAGA Coalition, with right-wing bomb-thrower Adam Gingrich (no relation to Newt) last August. 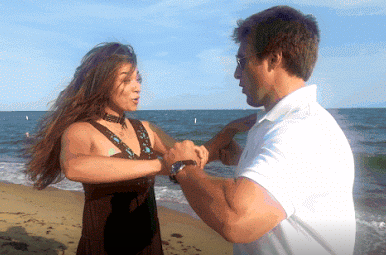 MAGATeam6 claims to "vet" candidates for their support of a seventeen-point agenda that's a mix of Steve Bannon, Trump, traditional conservatism, and the GOP platform.  It includes funding the "border wall"; lowering taxes; promoting energy independence; draining "The Swamp"; removing "unconstitutional state restrictions on gun rights"; and pro-life efforts to "stop the atrocities of the American baby holocaust."
MAGATeam6 also devotes several agenda items to the destruction of America's enemies.

Post-reality America
Maybe it's the "us vs. them" approach that makes Courtland Sykes seem creepy. This kind of woman vs. that kind of woman. This enemy vs. that enemy. Trump has it too, but it's not the same. His rhetoric is easy to satirize and in so doing, rob of much of its power.  There's also a constant sense of "wink wink" self-parody in virtually everything The Donald says. 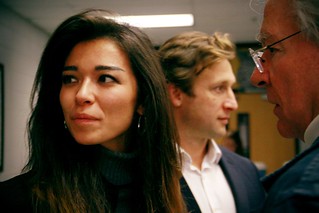 The mysteries about Sykes are also eerie. He's only lived in Missouri for about a year. His fiance seems to have changed her name, from Ryan to Rion. He may have gone to real Harvard, or the lesser Harvard Extension. His resume is vague.

All of which potentially makes him a force to be reckoned with. Sykes has come this far on fumes, and can't afford to let his foot off the gas.

Remember "post-racial" America under Obama?  We may be entering "post-reality" America under our current reality TV star Commander in Chief.  As imitators like Sykes step into the political arena, hoping to capitalize on their own brand of The Donald's trademark outlandishness, fictional politicians like Greg Stillson may start coming to life.
-- Mike Martin