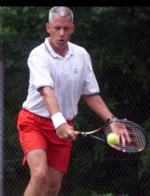 Fundraising totals are strong predictors of campaign success. The more money a candidate has, the more likely they are to win.

"Mayoral candidate Brian Treece had the highest total," the Columbia Missourian wrote. "He reported raising $54,242 and spending nearly $9,000. That leaves him $46,810 to work with." 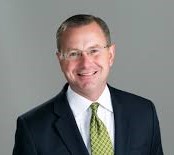 Both stories noted that Walther took a $1,000 contribution from Eran Fields, the California developer who plans to build a 10-story downtown student apartment. Walther represented Mike McClung, who owns Quintons, scheduled for demolition under Fields' plan. The candidate also took $500 from McClung.

Though the Trib story lavished details on Treece's career, it mentioned little about Walther, including his longtime position at the newspaper as a legal columnist. For over a decade, he has written columns about issues such as road taxes; the Missouri judiciary; and more recently, how the Opus student apartment developers exemplified the "rule of law".

He is also past chair of Columbia's Historic Preservation Commission.