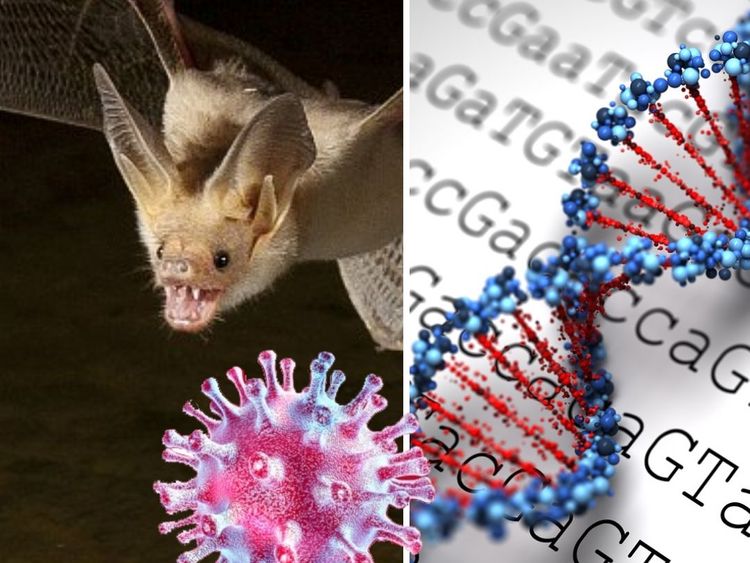 Image Credit: Gulf NewsTroubling questions about US involvement. Part 2 of a series

COLUMBIA, Mo 6/4/21 (Feature) -- US President Joe Biden's call for national intelligence agencies to investigate Covid 19's origins has renewed a question journalists and scientists had dismissed as a conspiracy theory.

Did the virus behind the greatest pandemic in a century come from a lab, particularly a bioweapons research lab in Wuhan, China?
That question during the Trump Administration prompted cries of right-wing crackpottery. But new politics brings new attitudes, which may also yield a truth more complicated, and harder to swallow, than Wuhan lab escape.
The funding, leadership, news, and research publication trail leads to a disturbing conclusion: equal, if not greater, American culpability for the global outbreak.
China Carolina virus?

Research that made news nearly six years ago implicates the Wuhan Virology Institute and the lesser-known Baric Laboratory at the University of North Carolina (UNC). The Baric lab's 2015 Nature Medicine paper -- a seminal treatise on manmade Covid -- prompted dire warnings about a lab escape, ensuing pandemic, and the questionable wisdom of engineering virulent pathogens.

Named for an epidemiologist considered one of the world's top coronavirus experts -- Ralph S. Baric, Ph.D. -- the Baric Lab led a 15-person team that engineered a virus virtually identical to Covid. In scientific terms, Baric's group combined the "SHC014 surface protein" -- Covid's familiar spikes -- with "the HL-SARS backbone," the round viral core, to make a pathogen known as a "chimera". Numerically, Baric's team included a super majority of American support: ten UNC scientists, as well as researchers from the US National Center for Toxicological Research; the Food and Drug Administration;  the Dana-Farber Cancer Institute; and Harvard Medical School.
Other participants hailed from the Bellinzona Institute of Microbiology in Zurich, Switzerland; and the Wuhan Institute of Virology, including the now-infamous "Covid bat lady," Shi Zhengli.

The Baric team announced their engineered coronavirus, Cronin explained, in the midst of a controversy now embroiling NIH virologist Anthony Fauci: a 2014 Obama Administration moratorium on so-called gain of function research funding Fauci may have helped lift under the Trump Administration in 2017.
The Baric study "began before that ban, so it was grandfathered in," Cronin noted in her aptly-entitled Nov. 2015 story, Ethical Questions Arise After Scientists Brew Super Powerful 'SARS 2.0' Virus. 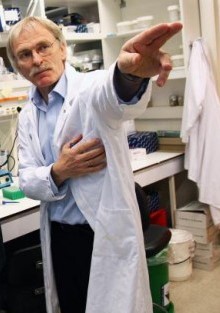 Wain-Hobson
"Rather than use the avian flu moratorium to seek advice, listen and foster debate, many influenza scientists engaged in an academic exercise of self-justification," Wain-Hobson, then chair of the Foundation for Vaccine Research in Washington, DC, explained in a remarkably-prescient 2013 Nature editorial.  "It is too easy for scientists in a field to dismiss criticism and ideas from outside."

So easy that within two months of lifting the bird flu research moratorium, researchers were "at it again," he noted.
German, Swiss, and Dutch scientists were trying to transform bird flu, bat flu, and a flu-like disease of dogs -- canine distemper -- into new types of human flu.
A "heated" and well-publicized controversy erupted over this work that prompted the US government toward "new guidelines for the review, regulation and oversight of GOF research," Wain-Hobson explained.

Among the new guidelines:  the 2014 Federal GOF funding moratorium, one of the "chill winds" Wain-Hobson expected to "blow from policy-makers" at researchers who "need to learn lessons from the past."

To learn those lessons, Wain-Hobson in his 2013 editorial urged governments, funders, and regulators to answer five questions that could have been a Covid 2020 crystal ball.

1)  "Is the virological basis for the work sound?" Will Mother Nature create the dangerous virus at some point in the evolutionary cycle, or will it arise solely from human manipulations using "artificial-selection systems"?  If Mother Nature won't create a deadly virus, why create it at all?

2) "Who makes the rules and provides oversight? Barely a sound has emerged at the international level," Wain-Hobson exclaimed. "The World Health Organization" -- which later investigated and exhonerated Wuhan -- "has held closed-door meetings and singularly failed to widen the debate."

3) "What if these groups generate a highly pathogenic and transmissible virus?"  Wain-Hobson predicted such a thing "within two years."

4)  "What if there were a leak or a small outbreak?"  Wain-Hobson warned of"crippling lawsuits" and wondered if GOF researchers and their institutions were "sufficiently covered with insurance.

"Are university regents or chancellors even aware of the power, and dangers, of the modern molecular biology going on in their labs?" he asked.

5)  "Is it appropriate for civilian scientists to make microbes more dangerous?" American culpability for the current catastrophe also comes into play here, as what Wain-Hobson called a "failure of duty on the part of funders and regulators."
Until these critical questions were answered, Wain-Hobson urged the suspension of "all virological GOF work."   Virologists, he said, need to "engage in public discussion of their work and the issues it raises."
Finally, this important reminder:  Simon Wain-Hobson made these predictions, warnings, and recommendations in 2013 -- seven years before the current Covid pandemic.

NEXT:  More coal-mine canaries; the hype behind Dr. Baric