OF CRIMINALS: And the Landlords Who Rent to Them 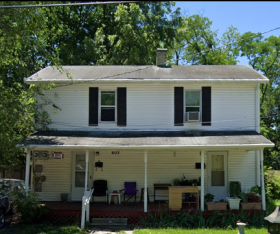 A Columbia Police Department press release pops up at the top of the page:

More hits scroll from The Maneater’s Columbia Blotter: Marcus M. Smith and Charles E. McCoy of 802 Wilkes Blvd., arrested on suspicion of failure to observe traffic control devices and operating a motor vehicle on a highway with a revoked license.

The Boone County Sheriff Repeat Offenders List announces “Marcellus M. Smith, child sex offender, residing at 802 Wilkes Blvd.” The two Smiths have spent most of this decade living at 802 Wilkes and being arrested for serious offenses—26 times between them.

The final Google hit is a blog entry—FED UP WITH CRIME at 802 Wilkes Blvd.

Fed up maybe, but powerless, it seems, to do much about it.

Broken record
First published 5 years ago in the Columbia Business Times, this story reads like a broken record plays.  Landlords (esp. those with derelict property) rent to violent offenders -- over and over again.

In Columbia, where a significant percentage of offenders are renters, crime often cycles like a broken record, too: break law; post bond; pay rent; do jail time at home; fail to appear in court; and break the law again, but this time more violently. 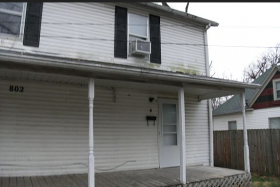 Columbia's leaders say they are taking another look at violent crime, a problem that has only gotten worse since 2008, when the Columbia Daily Tribune also tackled the 802 Wilkes story.

Despite the rhetoric, while other cities expand their Crime-Free rental housing programs, Columbia City Hall has cut our program back.
Crime Cycle

Columbia Police officer “Tim Thomason sends us a letter reporting difficulties each and every time one of our tenants gets into trouble," said Phil Warnken, who added that his firm, Warnken Properties, doesn’t tolerate criminal activity. Tenants who commit crimes "are out,” Warnken says. “We evict them.”

But for Fenton—who owns the faded white duplex at 802 Wilkes, a block from Columbia College and mere yards from both a Methodist church and Hickman High School—the cycle of crime has continued unabated for nearly 13 years.

With 60 tenant arrests since 1995 and nearly two dozen police calls to the duplex in the past twelve months alone, Fenton—who purchased the 90-year-old property in 1993—seems as disinclined to end the problem as he was to talk about it.

“I’m not interested in being part of a story,” said Fenton, whose office at the former Fenco Satellite Country is only two blocks away. “I have nothing to say and I don’t want to be part of any story.”

No wonder. Stories about Fenton’s tenants have been anything but flattering.

“A Columbia man was arrested on suspicion of three felonies after he allegedly assaulted his girlfriend and forced her to remain at home,” read a January 2004 Columbia Daily Tribune story. “Marcus M. Smith, 32, of 802 Wilkes Blvd. was released from Boone County Jail after posting $10,500 bond. Police said that Smith kicked and punched the victim and knocked her to the ground.”

Three years later, “Columbia police arrested a man and a woman after searching 802 Wilkes Blvd. for evidence of illegal drug activity,” the Trib reported in October 2007. “They arrested Charles McCoy and Jada Laquitte on suspicion of possessing marijuana and cocaine paraphernalia. McCoy was also arrested on an outstanding Boone County warrant.”

Two months later, “Columbia police officers were dispatched after receiving reports of a disturbance in the front yard of 802 Wilkes Blvd. and found a victim with a stab wound in his side,” the Trib reported in December 2007. “Police later arrested Charles McCoy of the residence in connection with the stabbing and charged him with second-degree assault and armed criminal action.”

"Unlawful activity on property diminishes the quality of life in the neighborhood," the law says. "It is in the public interest for property owners to be vigilant and responsible."

But riddled with technicalities, the now two-year-old ordinance—section 16-315D of the city code—has been enforced exactly zero times.

“We’ve tried to move against landlords with the nuisance law,” a CPD officer told me on condition of anonymity. “But our legal department ties our hands. They are very reluctant to let us use it.”

“You know my opinion on what we need to do to solve our crime problem,” Thomason told me. “Get landlords to take responsibility and do something about the criminal decisions their tenants make. Until we do that, we will not reduce crime in our city.”