NOT AN OUNCE OF PREVENTION: Columbia leaders ignore proven strategies as crime soars 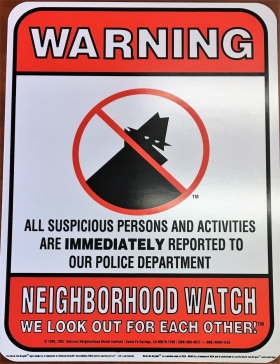 COLUMBIA, Mo 7/15/13 (Op Ed) -- An ounce of prevention could help prevent a summertime scourge:  the shootings, murders, robberies and mayhem that explode onto the Columbia scene every year.

Just last night, a teen was shot and killed in a Columbia park.  Gunshots and robberies dominate the news.

While city and county government offer enforcement, punishment, and rehab programs after crimes occur, Boone and Columbia are light on stratgies to prevent crime before it occurs.
My experience in other communities -- and in CoMo, when neighbors and I have worked to put it in place -- shows that crime prevention is more effective than after-the-fact capture/prosecution in reducing crime.
But crime prevention may involve more community involvement than local leaders care to muster.

Crumbling framework
Oddlly enough, Columbia has for years had a crime prevention framework in place.   But that framework has crumbled.

Lack of attention to the Crime-Free Housing program has been so bad that its long-time director, CPD officer Tim Thomason, decried the situation at last year's Landlords Against Crime summit.

Like former CPD officer and long-time Neighborhood Watch director Mike Hayes, Thomason was relieved of his crime prevention duties and put back on patrol.  He retires later this year.

Entitled A Change in Direction on Family and Youth Issues for the City of Columbia, Missouri, Nauser's plan offered 28 policy changes that addressed early childhood education, juvenile justice, economic development, job opportunities, and a simple recognition city leaders have been loathe to admit:  Columbia has a growing gang problem.

"I included over 20 pictures that I took of graffiti from our 'gang wannabes,'" Nauser told the Heart Beat in March 2008, shortly before she presented her plan to the Columbia City Council.  "I have even found graffiti in the 5th ward."

She reiterated her thoughts at a June 26 press conference about crime. 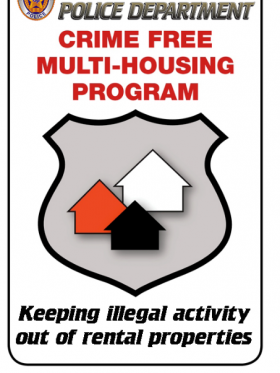 Top down -- and typical
This year, the 5th Ward's Thornbrook neighborhood joined the Old Southwest and other relatively low-crime areas in a rash of petty thefts and break ins.

Upset neighbors reported the crimes, but they say police weren't much help.

After all, officers have their hands full with bigger problems -- a shooting almost every other day, all around town.

So if not the police and City Hall, then whom?  Who can fight crime?

A Neighborhood Watch program -- complete with signs on streets -- helps discourage thieves before they strike.
But city leaders are not talking about Neighorhood Watch, or any strategies that involve widespread community cooperation.

Instead, they've rolled out an old warhorse that's made several appearances over the years:  a youth curfew, which Columbia police chief Ken Burton suggested earlier this month.

It's another top-down, administration-driven approach.   But top-down approaches -- orders from above followed by action down the chain of command -- help only so much.
Crime prevention necessitates full community involvement.

Nauser suggested as much five years ago.
With gunshots happening in broad daylight, "people are now seriously looking at this issue," she said in 2008.  "But I am afraid that it is going to take a community uproar to get some people to take their heads out of the sand."
-- Mike Martin for the Columbia Heart Beat