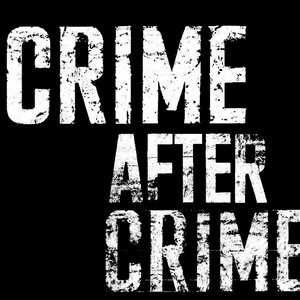 Robberies, suspicious persons, and a "sexual proposition" in a quiet part of town

COLUMBIA, 6/23/13 (Beat Byte) -- "I know I sound like a broken record, but this happens every night in my opinion!"
That's Old Southwest resident and Blue Note owner Richard King, speaking this week about a wave of break-ins, suspicious persons, and a "sexual proposition" from a stranger to a man gardening in his front yard.
The petty crime spree has rattled the normally halcyon Old Southwest, as Columbia's annual summertime crime fest kicks off -- and neighborhood crime prevention strategies peter out.

Efforts to establish neighborhood watch, crime-free housing, and other city-sponsored programs have failed to take off.
"My car was ransacked on South Greenwood last week," said retired Voluntary Action Center director Cindy Mustard.  "They did not take anything -- just pulled stuff out of the glove compartment.  I think it was unlocked and no damage was done, but I am sure to lock it from now on. "
Brian Brennaman thought his car on Greenwood Ave. was locked. "The glove compartment and console were ransacked, but fortunately nothing of value was taken," he told neighbors on the Old Southwest listserv.
Stewart Road -- the frequent target of car break ins, saw similar nuisances.  "They entered one car that was unlocked, left the door open; nothing of value was in it," Matt Will told the listserv.
Crime prevention advice followed.  Top of the list: keeping an eye out for "suspicious persons," in one case a door-to-door salesman with an NSA-like interest in neighbors.
"A young man was wandering around the neighborhood trying to sell 'children's books,' and asking snoopy questions about neighbors by name," reported Charlene Adkins, a physician and president of the Historic Sunset Lane Neighborhood Association. "I would encourage you to not give out any information whatsoever about your neighbors.  No legitimate business is going to be snooping around about your neighbors."
People going door-to-door with questions or comments that don't add up may be casing neighborhoods for potential victims.  Last year, several Old Southwest burglaries followed a group collecting for a church charity that did not exist. Other suspicious types include "relief organizations" looking for cash-only donations sans legit identification.
"Remember that you can choose to stop talking and shut the door," Adkins told her neighbors on the listserv. "You can also choose to grab your phone and take a picture, or call the police."
But calling the police has returned mixed reviews.  Faced with a potential crime, Old Southwest neighbor Carin Croll advised, "Be cautious and call 911 (for emergencies) or 442-6131 for non-emergency. But don't expect any real help."
Columbia police detectives investigating a break-in and robbery at Croll's house seemed less than enthused about helping her, so she's taken matters into her own hands. "We have installed exterior security cameras," she told the listserv. "Cameras, dogs, and loud alarms make homes less inviting."
Good advice.  After reporting a June 18 break in at his house, Old Southwest resident Daniel Ponder said a Columbia police officer "stated there had been break-ins on Anderson, Greenwood, and Maupin Road.  I was spooked."
No wonder. Ponder had the misfortune to experience the most bizarre offense of all -- in broad daylight, when he was mulching his front yard flowerbed last week.
A "clean shaven stranger in his mid-40s wearing a Mizzou Tiger sweatshirt and shorts" started a conversation that was creepy from beginning to end.
"He started asking me questions about my flowers.  He then asked about a round table that had been in my garage several years ago," Ponder explained.  "I noticed he kept peering to look inside my garage.  He looked at my front door. He asked if I worked nights. Ignorantly, I told him 'yes.'  He proceeded to ask me about my sleep habits."
Sleep habits?
"Then, after all these questions, he made a sexual proposition to me," Ponder explained.  He told the man, "'No, I am not into that!'"  Rebuffed, the sex-seeking stranger ran off.
"I was so shocked I did not see where he went since he was on foot," Ponder explained. "PLEASE, PLEASE, PLEASE -- BE VERY VIGILANT.  I am no longer as naive about these 'happenings' as I once was."