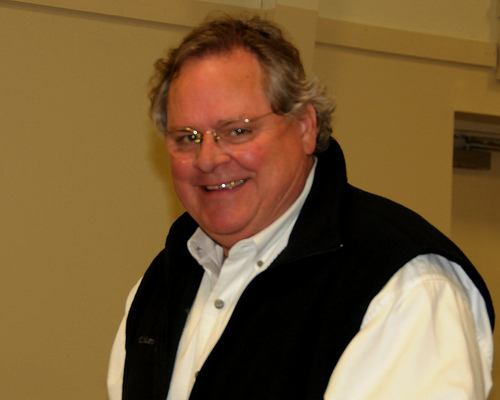 The Boone County Commission -- like the City of Columbia, never shy about asking for a tax increase -- asked voters for a bailout on a 2014 ballot Fairgrounds boosters sold as a "parks tax."

But the tax had so little to do with parks, the County's own park board declined to endorse it.   It failed at the ballot, too.

Now, Commissioners want the city of Columbia to "step up," using city parks tax dollars to renovate the failed event venue.  Citizens are greeting that plan, like the others, with skepticism and resistance.

For reasons few people understand to this day, then-Presiding Commissioner Don "Donnie" Stamper led the charge to buy the 214-acre Fairgrounds in 1999.

Stamper, once a populist standard bearer of local Democrats, lost his 3-term County Commission seat to Republican Keith Schnarre, in a campaign battle that hinged on voter dislike for the Fairgrounds purchase.

Part of the mystery is why such a savvy politician would throw away a promising career on such an obvious boondoggle.  Enter developers again.  Stamper left politics to become director of the Central Missouri Development Council, a lobby for the local development industry.

County government paid a failing non-profit -- the Boone County Agricultural and Mechanical Society -- $2.6 million for 134 acres of the Fairgrounds site.

Developer Tom Atkins bought the remaining 80 acres.  "We’re in the real estate business," he told the Columbia Daily Tribune, which suggested bigger plans he declined to reveal. "That is all I really have to say for now."

Never shy about mixing business and government, developers like Atkins have had an enduring -- and mysterious -- interest in the Boone County Fairgrounds.

With her husband Hank Waters -- as Columbia Daily Tribune publisher, the area's leading pro-developer voice -- former REDI and Columbia Chamber of Commerce chair Vicki Russell was president of the County Fair Board at the time.   A Blight/EEZ/TIF proponent, Russell was also an outspoken advocate of the County's fairgrounds purchase.
"Blood County Park"

The fairgrounds purchase sparked controversy shortly after Stamper announced plans to use profits from the lease of Boone Hospital -- a county property -- to finance it.   "Boone Hospital trustee Walter Johnson said he’s decided to oppose a county acquisition of the fairground," the Trib reported.

"If this proposal goes through, I suggest the new land be called Blood County Park, and I ask every Boone Countian who has paid a hospital bill in the last decade to join me," Johnson told fellow trustees. "The money from hospital profits is bled from patients."

Other Fairgrounds financing plans that went nowhere showed up regularly.

A St. Louis firm proposed making the Fairgrounds home to a minor league hockey team.    And after trying to avoid raiding the County's general fund, which pays for most major services, County Commissioners suggested using it to help finance the purchase.

Opposition soon appeared, and from some unusual places.  County Auditor June Pitchford and County Treasurer Kay Murray said the fairgrounds purchase was not a priority.   "I hate to see a capital expenditure of this magnitude float above other capital needs that are more germane to the county’s primary function," Pitchford said at the time.

"I am holding my nose and going along with it," Murray said.

After Stamper failed to answer her questions, Pitchford's resistance intensified.  "Stamper testily defended his proposal," the Trib reported.   The Presiding Commissioner was not going to countenance any opposition.

But the opposition only intensified.