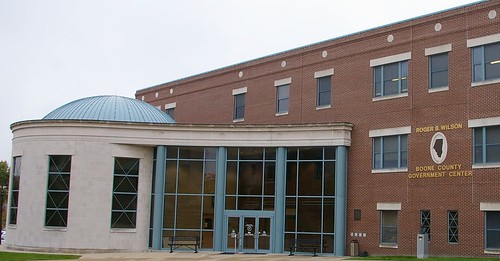 Risk insurance won't cover the loss because County officials failed to comply with terms of  their policy.

"The loss occurred as a result of the County's treasury administrative activities," Auditor June Pitchford explained in a January 9 email to nine people, including County Treasurer Tom Darrough and the three County Commissioners.

Five weeks -- from October 31 to December 4 -- passed before Darrough processed the transfer, "which appeared to come from a legitimate business contact," Emery Sapp and Sons, a Columbia-based road and highway builder with county government contracts, Wehmeyer explained. "The correspondence was later discovered to be fraudulent," but not until eight days after the transfer, on December 12.

"Based on the current facts as we know them, the status of the investigation/recovery, and the County's failure to comply with particular requirements of its insurance policy, there is no basis for expecting recovery of assets at this time," Pitchford explained.
With no budget for such a loss, "funding will need to be transferred from the Emergency Appropriation," she continued.  "By statute, transfers from Emergency require unanimous approval by the County Commission."
Commissioners Dan Atwill, Fred Parry, and Janet Thompson Tuesday quietly approved a transfer of $46,231.77 from an "emergency fund" to cover the fraud.