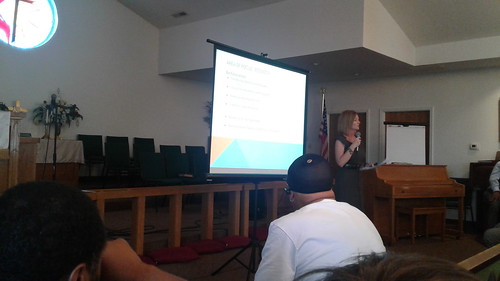 A SWAT vehicle parked for tours alongside the event's barbecue dinner; uniforms lined up along left, right, and back walls of the church;  officers resting hands on or around sidearms.
"He looks like he's going for his gun," my teenage son said.  "Why are all these cops here?"

But this wasn't a skit and I admire Kenney, a pastor and activist who moved back to Columbia to care for his ailing father.   I had high hopes.


“Wonderful difference makers of Columbia:   We are rapidly approaching the much anticipated meeting with residents of Columbia’s Central Neighborhood," Kenney announced in a promising email.

Matthes' equity plan, he explained, would "improve collaboration; promote transparency; and encourage contributions from people most impacted by economic disparities," namely minorities.   Kenney sold the inaugural as worthy of "a big shout followed by a bunch of hallelujahs."    City staff, he assured, was "jumping into the goals of the strategic plan with heart, passion and commitment."
We'd doubtless hear from community members, as the microphone went around the crowded room.   We'd hear what they need from City Hall, from the taxes, rates, fees, and fines we ALL pay.   White folks like me would get key insights into the "two Columbias:  one white, one black," as Matthes calls it.

For most of 90 minutes, we listened to a parade of well-paid white city administrators, starting with Matthes.

They talked about why they "love Columbia"; bragged on their departments;  told their life stories; and most notably, tried to rationalize how what they were already doing would directly, undeniably, and uniquely improve the lives of black and low income Columbians.

"We're going to tear down at least six homes in your central city neighborhood to add green space."

"We were the first city in Missouri to adopt police body cameras."

"If you'd like to learn how to drive a bus, we brought job applications." 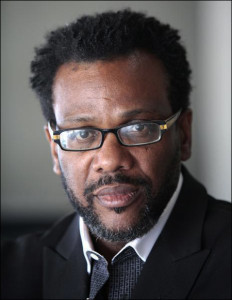 Instead, they recited canned lectures with a familiar theme:   We plan to grow a government majority planned by white folks (more parks, more electric buses, more big business tax incentives).   By doing that, we'll be helping you all, too.

To be fair, four of the evening's presenters were black, including Kenney; school board member Jim Whitt; and First Ward Councilman Clyde Ruffin.   But none of these folks wields anywhere near the power of a city, school district, or county administrator.

Just a few minutes was set aside at the end for comments from the public.  Most were skeptical.

Why aren't there more people of color at the top of City Hall?  they asked.   Why should we think that this plan will be any different than all the other City Hall schemes that proved empty?    You've been talking a lot about affordable housing, but what are you doing about it?    I thought this process was going to be bottom up, not top down.
Kenney stepped in to reassure the audience.  "This is all about you," he repeatedly emphasized.  "You need to step up.  You need to get involved.   This is bottom up."

Between the barbecue and the presentations, my son and I spent over four hours at the Matthes-plan rollout.   I even had to go home for quarters to feed the parking meters outside the church.