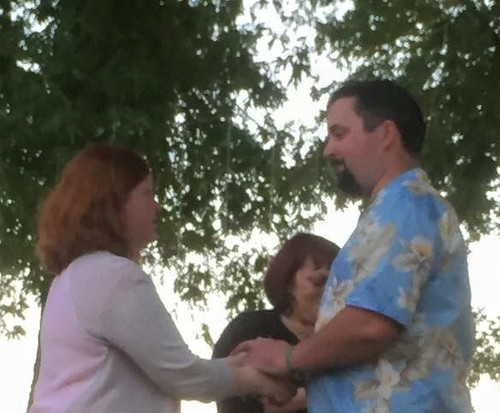 COLUMBIA, Mo 2/14/16 (Feature) -- I remember my shock, when after his opinionated posts on all things political -- Trump, Obama, Sanders, cartoons, memes, satires -- Columbia resident, father extraordinaire, and just-wed-to-the-love-of-his-life Nathan Butler announced that she, his love, had suffered a stroke on their honeymoon.

The stunning Facebook note came just after a picture of their relaxation:  a fresh lobster feast at a cabana in Belize.   It was one month ago today.

"Kelly Gross had a stroke yesterday," Nathan explained Jan. 15.  They'd gone snorkeling.   She complained of a severe headache shortly after.   "We are trying to get her stable enough to get a medical flight back to Houston and U.S. medical care."

Prayers, love, and well wishes poured in -- about 140 on that first day alone -- with Stephie Yoakum best summing up the Nathan Butler I and many others know from his involvement in the pro-liberty group Keep Columbia Free (KCF).

"This guy is a stand up chap, a friend, an inspiration, a great dad and a true lover of liberty and freedom," she wrote.   "I can't imagine what he's facing right now."

I couldn't either.   Alone in a foreign country facing a major medical crisis at the most unexpected of times.  You expect the "in sickness" part of your wedding vows to hold off, hopefully until well into old age.   But as the husband of a breast cancer survivor, I know as well as anyone hard times don't wait.

Beyond these cursory notes from Nathan's early Facebook posts, there's a presumption of privacy that leads me to further details on a public fundraising page thankfully close to its $20,000 goal.

Suffice it to say that all of us who know Nathan, closely or more distantly like me, have been godawfully impressed with the grace under pressure, courage under fire, the love in a most trying of times he and Kelly have displayed.   He has kept his friends informed almost daily of their gradual recovery, always looking forward with a kind of optimistic realism.

He has been, as Yoakum said, an inspiration.

A social worker who finished her Master's Degree in December, Kelly Gross married Nathan Butler in September.    Those of us who love to argue in the Keep Columbia Free Facebook group know Nathan as a persistent debater who never backs down from a good fray.

But it was no surprise that this sweet, smiling woman would have fallen hard enough to marry him.   Between the Facebook fisticuffs over matters mostly political, Nathan joys in keeping friends informed about the other two loves of his life, "two wonderful daughters," most notably in father-daughter running events.

He'd never admit it on KCF, but he's a sweetheart at heart. 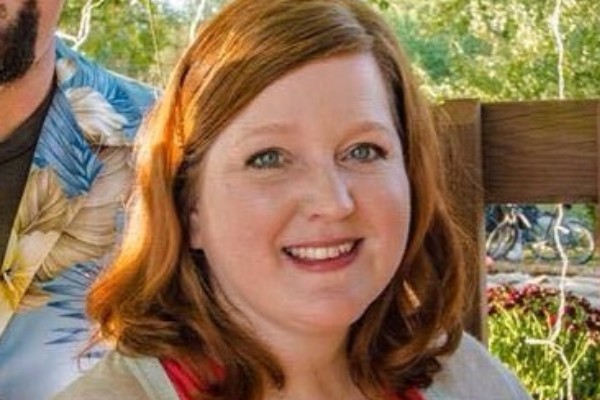 Immediately after the stroke, Kelly was placed in a medically-induced coma on a ventilator, undergoing surgery to reduce swelling in her brain.  It was the first indication of what Nathan has many times called "the very long road ahead" they will face together.

In time, Kelly regained her ability to breathe on her own, and they left Belize for a neurological intensive care unit in Houston.   The incremental gains kept coming, with speech and physical therapy, and she was transferred to a rehab hospital.

Nathan has come and gone from Columbia since, and in a recent Facebook post, he reminded of the tremendous outpouring of love -- from friends, family, even strangers -- that has reduced the financial stress of living in two cities until his wife is well enough to come home.   Two hundred sixty three fund donors in less than a month; countless others with prayers and encouragement.

"I never anticipated the kindness and generosity of all of you," he wrote.  "I really don't know what we would have done without the outpouring of love and support, both financial and emotional."

Kelly continues improving, he said, her medical team is happy with her progress, and she remains upbeat and positive.  In time for Valentine's Day, dad and daughters left Columbia for Houston.


"On our way to see my beautiful Kelly," Nathan posted.