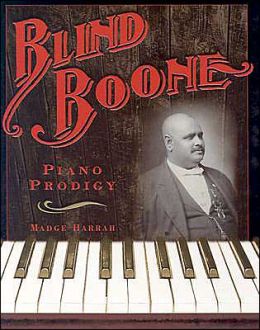 Fears of a million dollar boondoggle may derail laudable but long-delayed project
COLUMBIA, 3/2/13 (Beat Byte) -- From City Council candidates to radio talk show hosts, Columbia Mayor Bob McDavid's plan to spend $500,000 in city surplus funds to restore the Blind Boone Home after 13 years of city ownership is prompting calls for a full accounting and raising concerns the project's big price tag could derail public support.
Columbia City Council candidates see other red flags, asking if the move is a politically-motivated publicity stunt. McDavid faces opponent Sid Sullivan in the April election.
"The $1.9 million budget surplus seems to be on track to be distributed on March 18 (two weeks prior to the April 2 election)," 4th Ward candidate Bill Weitkemper said. "If this is the case, this is another attempt to influence the election."
Reports say City Hall has already spent $388,510 to purchase the  renowned ragtime pianist's home, paint it, replace the roof, and repair the foundation. Subtract its year 2000 purchase price -- $160,000 -- and that makes $228,000 spent on those renovations. Another $500,000 would bring the cost of the home to nearly $900K.
"I could knock down and build FIVE houses for that amount!" said Christy van Drunen on KSSZ radio talk show host Tom Bradley's Facebook page. Bradley criticized the Mayor's proposal on his show.
"Another example of wasteful spending from the city council," said Tribune reader Ron Hansing. "$500,000 dollars could build a 4,000 sq foot house with five bathrooms and a four car garage."
For years, a private group -- the JW Blind Boone Heritage Foundation -- has struggled to finish the house, providing restoration estimates. But like other non-profits saddled with city-owned property, their estimates -- which include a $36,000 garden -- seem out of line.
A similar years-long attempt to renovate the tiny Heibel-March Store -- a city-owned building on Field Park -- fell apart for Central Missouri Community Action, facing an equally exorbitant $250,000 estimate.
Exorbitant estimates lead to a dilemma non-profits face that City Hall does not: Calls from anxious donors to "have a plan" for the property. "Why would anyone want to invest half a million dollars on its interior with no clear revenue stream to keep it afloat?" asked Tribune publisher Hank Waters and his readers.
But questions like that should have been asked before City Hall bought the property, not 13 years later. If no plan existed, the City Council should not have spent taxpayer money to purchase the property in the first place.
A Tribune note from reader Tim Kridel illustrates another dilemma for non-profit groups like the Heritage Foundation trapped in the city's poor-planning. "I just emailed Gary Kespohl, my Councilman, to say that if years of private donations aren't enough to finish restoration and maintain the property, then that indicates how unimportant it is to most Columbians," Kridel wrote.
But if "unimportance to most Columbians" guided how city government spends money, we wouldn't have Garagezilla. The real reason more donors don't pony up for non-profit projects with government-owned buildings may be that people already paying taxes see little reason to "donate" more money to government coffers.
Non-profits end up stuck, working for free to raise money on behalf of City Hall and pandering politicians. When they can't raise the money, which should never have been their job in the first place, they take the blame.

Any attempt to save the Boone Home -- a must-do priority for City Hall -- weeks before a major election must engage all the candidates, probably starting with an extensive tour of the home.
It must offer a full online accounting of every dollar already spent; third-party estimates that prove where and how half million dollars in surplus funds will be spent; all while aggressively seeking lower costs.
More grossly inflated figures from City Hall Columbia does NOT need. Unnecessary inflation is a fast way to kill a great project like this one.