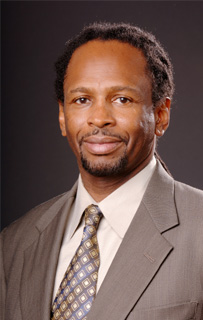 Our top ten black leadership profiles continue with a champion of youth
COLUMBIA, 2/4/12  (Beat Byte) --   "Keeping kids in school and out of trouble," sums up the mission of Pastor Lorenzo Lawson, whose passionate commitment to youth must keep him looking youthful.   Just a couple years shy of 60, Lawson doesn't look a day over 40.
With Tyree Byndom, another member of Columbia's new black leadership generation, Lawson is a founding director of the Youth Empowerment Zone.  He's been featured in nearly 400 news stories over the past decade, winning a number of leadership awards along the way.
A Columbia native whose story has a familiar ring -- drug addiction, 15 years in prison, and redemption -- Lawson first started making headlines with his Chosen Generation Ministry to women in jail and other people in danger of being castaway from society.
"I’ve been there. I’ve sold drugs. I’ve robbed people," Lawson said.  "I brought cocaine to" the black community of Columbia in 1979.  "It’s not something I’m proud of."
A call from a 19-year-old single mother who needed $3,000 to bury her mother found Lawson networking with organizations that might help.   "The good thing about this ministry," he said, "is that God has led us to form partnerships with people that are willing to help us."

A "Youth Empowerment Project" followed, when Lawson joined Mizzou diversity guru Nathan Stephens urging employers to hire kids -- the best way, they believed, to keep young people away from drugs and off the streets.
"When we were growing up, we couldn’t find jobs, so we had to make choices that now we regret," Lawson said at the time. "Nate and I can tell them these things because they know we’re telling them for their own good," he said.

After Hurricane Katrina in 2005, Lawson went into action leading a city-wide recovery effort.    He sought  donations for relocation costs, utility deposits and rent, and helped families find housing through local landlords and other relief groups.

Recognized for his efforts at the ninth annual Columbia Values Diversity Awards, Lawson explained his mission on the award dais:  finding jobs for teens and curbing the dropout rate of black males.  "My whole purpose is to do what I can to solve some of these problems," Lawson said.
Columbia Daily Tribune columnist Bill Clark lauded Lawson for his vision:  that every young person has unique talents and abilities and with a little help, every young person can create a successful future.   Lorenzo Lawson is "living proof that all of these values work," Clark wrote

When challengers started a push to recall 1st Ward Councilwoman Almeta Crayton for what they worried was her inability to cope with the Ward's long, unfortunate list of problems, Lawson stood up for her.  "She has always been in the community, helping wherever she can," he said.  "She’ll do whatever she can to help out the community."

Tackling those problems himself, Lawson dove in to Columbia crime in 2007 and 2008, joining a panel discussion at Hickman High titled "The Crime Spike in Columbia," and shortly thereafter, making a big move to bring Harlem Children’s Zone director Geoffrey Canada to Columbia.
Canada has helped revitalize Harlem, and Lawson thought his methods could take off in CoMo.