City Hall's "outrageous" and "offensive" waste of $60,000
COLUMBIA, Mo 7/23/14 (Beat Byte) --  A $60,000 consultant report declares central Columbia a "menace to the health, safety, morals, and welfare of the public," under Missouri law the first legal step toward the use of eminent domain and developer tax incentives such as TIF.

Not surprisingly, the incentive area sharply detours from its eastern Providence Road border to include land owned by development giant Stan Kroenke that includes Lucky's Market and a vacant lot slated for a McDonald's restaurant (Report, page 6).

Citing maintenance, age, and obsolescence factors that could apply in any city, the report draws contradictory conclusions from data it cites.   The consultants urge "the powers of redevelopment under the TIF act," to correct deficiencies they are unable to find.   From the report,

Among its failings, the report lacks data from onsite visits and interior examinations.  It relies instead on drive-by photos of building exteriors from the street which cannot tell, for instance, how much of a building's plumbing and electrical has been updated; the condition of walls, floors, appliances, ceilings, doors, roof, etc.; or the presence of hazardous materials such as asbestos, which the report claims "might" exist. 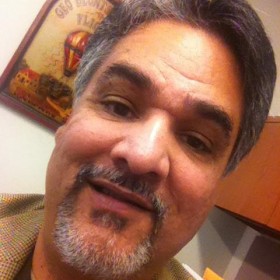 Lacking access to the properties, Development Strategies struggles to find significant problems.   "Many of the parking lots have only a gravel surface, and do not comply with present day City standards," the report claims.  "Fences and screening around outdoor storage areas are deterioriated or lacking.  There is poor landscaping."
And, "Creating an even more dangerous situation, is the lack of coordination between the curb cuts on the north side of Business Loop 70 and the curb cuts on the south side of Business Loop 70 within the Area."

Of the few real problems the report addresses, many are city-wide.   "Over half of the City’s storm drainage system has exceeded its lifespan, causing sinkholes in streets and yards," the consultants found.   "On the whole, the stock of buildings in the Redevelopment Area is quite old."
Mathematical and statistical errors mar the report's credibility.    "There are 23 vacant structures in the Redevelopment Area, representing almost a third (29%) of all buildings," the consultants say.   "There are 1,166 structures in the Redevelopment Area."
But 23 vacant structures out of 1,166 total structures is 2%, not 29%.
Despite the report's flawed findings, St. Romaine hopes central Columbia will become a TIF district, at least in part.  Third Ward Councilman Karl Skala thinks otherwise, calling the report "outrageous" in a Missourian interview.

"The language, to me, is offensive," Skala said.