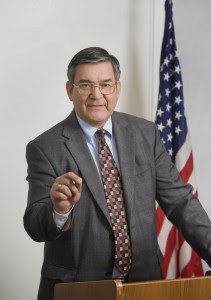 COLUMBIA, 1/23/13 (Beat Byte) -- Against some of the most cogent and logical arguments this writer has ever heard citizens deliver to the Columbia City Council on any issue, Third Ward Councilman Gary Kespohl last night delivered a knockout blow.

To dozens of Columbia's smartest policy proponents and critics arguing it's high time the city started following all the plans it's made with taxpayer money over the years -- from over-rated Visioning to the under-rated but well-crafted H3 charrette -- Mr. Kespohl said in so many words: We haven't been following those plans, despite all the time and cost, and it's too late now to start saying that we should.

Arguing for a moratorium on downtown demolitions prompted by efforts to save the historic Niedermeyer building from a student apartment-driven wrecking ball, historic preservationists, Downtown Leadership Council members, Niedermeyer tenants, planning advocates, and concerned citizens took nearly 2 hours at Tuesday's Council meeting.
Arguing against the moratorium: the Columbia Chamber of Commerce, CID District, Central Missouri Development Council, and attorneys for Niedermeyer owner Fred Hinshaw.
"You'd think in 5 years time, we could adopt a form-based zoning ordinance.
We haven't done that. We need to get serious about that." -- Gary Kespohl
The Council vote was evenly split along ideological lines, with moratorium opponents winning votes from Mayor McDavid, Councilmen Dudley and Kespohl; and proponents winning with Councilpersons Hoppe, Trapp, and Schmidt. With the 5th Ward seat vacant, the tie vote spelled defeat under city law.
While opponents of the measure won the argument, proponents won the evening with logic, common sense, and vision. But as Mr. Kespohl would later imply, common sense has little to do with planning at City Hall.

Historic Preservation Commission chairman Brian Treece explained the little-known history of how a 1988 city ordinance designed to help downtown building owners turn empty upper floors into loft-style apartments became a "C-2 loophole people are now wanting to drive a 15-story truck through."
Treece was referencing a 15-story student apartment planned for the commercially-zoned (C2) Niedermeyer site. The loophole -- which inadvertently waived critical planning requirements like parking and storm water control -- is being abused by the onslaught of student apartment developers, Treece argued.
"We have a guideline we've adopted to follow, and we're not following it."
-- Gary Kespohl

CiViC leader Dan Cullimore gave a detailed read of how, in seeking so-called "infill development," the downtown charrette -- a ballyhooed community plan from 2010 -- sought incremental growth of a diverse variety of housing, not thousands of student apartments all at once.
North Central Columbia Neighborhood Association president and attorney Pat Fowler argued the legality of Columbia's ambiguous zoning regulations, making the most inarguable case this writer has heard yet for zoning review and reform. Fowler even had city attorney Fred Boeckmann -- who announced his retirement last night -- acknowledging her points.
Again and again, the many other citizens who favored the moratorium referenced visioning, charretting, and the city's various attempts to adopt some kind of a plan. Those planning exercises, proponents argued, favored historic preservation, adequate infrastructure, and the recognition that Columbia's current zoning mess imposes enormous costs on existing residents and businesses.
But Kespohl toppled them all with the simplest argument of all: real, honest-to-goodness planning has nothing to do with the way City Hall does business. Despite alluring headlines like "Public invited to transform downtown areas," City Hall has overseen ad hoc planning for years. City government builds monstrosities like Garagezilla and rams through bad plans all over town.