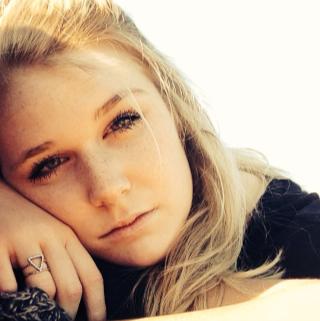 "For your information, another wreck on the Creasy Springs 'Killer Curve' last Sunday, February 12, 2011," another email explains, to the entire City Council.   "Please check with the police."

"Another person has died on the 'Killer Curve' on Creasy Springs Road, and another person is in critical condition."

Like the others, that May 3, 2015 email is from the same man -- Larry "Bo" Bossaller -- who has for years been warning the Columbia City Council about a deadly curve of road that took yet another life three days ago.

Her high school classes over last December and already studying apparel design at Mizzou, 18-year-old Elizabeth Upton planned to attend commencement exercises with her Rock Bridge High School graduating class.   She lost her life with 27-year-old Bradley Gilman, who was driving the Killer Curve at midnight.  The impact tore the car apart.

"Alcohol and speed were contributing factors in the crash," police said. 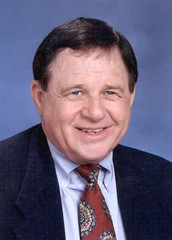 So too contributory negligence, on the part of city officials who have done as they often do -- ignore the canaries in the coal mine until it's too late.   Fortunately, we mostly get little disasters after the canaries cry:  the dinner train failure; the IBM lie; turbulence at the Tiger Hotel.

But every so often, we get the Big Disaster -- people jumping from Garagezilla, too high to be so unprotected; the deaths of Elizabeth Upton and Bradley Gilman, on a stretch of road City Hall has put off fixing far too long.

"We thought you or [retired city manager] Ray Beck proposed a meeting to discuss...the steps that need to be taken to make Creasy Springs safer, and how these improvements would be paid for."   That 2005 email is from the Prairie Hills Neighborhood Association, to then-Columbia city manager Bill Watkins.

The discussions it references prompted a January 2007 study from Overland Park, KS-based Olsson Associates that warned City Hall about the Killer Curve on Creasy Springs.   The road lacked "proper intersection sight distances" and required drivers to climb a 9% grade that limited their ability to stop quickly and safely, the study explained.  It estimated $9.3 million in fixes, still on the back burner today.

"It's a pretty road and if we do straighten it out and take out some of the curves, we'll be losing a lot of great old trees," 2nd Ward Councilman Michael Trapp told KMIZ news May 4.

Do we accept small, less-costly 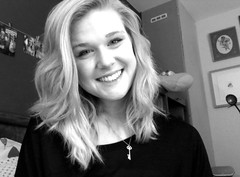 fixes that benefit only us?  Or do we "straighten the deadly curve on Creasy Springs Road," neighborhood association member Nancy Kievit pondered, in an October 2010 email to the association listserv, Councilman Thornhill, and deputy city manager Tony St. Romaine.

Citing this publication's many analyses of City Hall's cash stash, Kievit questioned the reason for refusing the fix.  City Hall was doing what it usually does again:  crying poverty.   "The city does have the funding for it," Kievit wrote.  "But they won't cop to the fact that they're lying about that in order to raise our taxes and utility rates."

Kievit even threw a Hail Mary pass, hoping against hope that a public school site selection might solve the problem.  "If we use the Landmark Bank Site, the city will finally have to fix the deadly curve on Creasy Springs Road, just north of the proposed school site," she commented in a Missourian story -- four years ago.

It's every parent's greatest fear, worst nightmare, most dreaded thought:  the loss of a child, especially suddenly.  Auto accidents rank at the top of ways our children are suddenly taken. 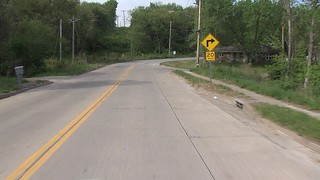 As the parent of an 18-year-old who also finished high school in December -- and worries her parents to the point of distraction every time she leaves with friends in a car -- I'm left wondering why our city officials aren't listening.

Listening to the ideas, thoughts, wisdom -- and warnings -- of not just Hank Waters or the Town Boss brigade, but of average people who give a damn.

People like Larry Bossaller, a longtime Columbia Realtor who knows the "lay of the land" from virtually every perspective.

"I emailed Mayor McDavid last week, and he never returned my email," Bossaller told the Heart Beat, about his ongoing quest to straighten out the Killer Curve.  "What a city government  Their priorities are sick.  Money over life."