WHAT'S GOOD FOR THE GEESE: If Mizzou's Basler and Click must go, why not City Hall's Matthes and McDavid? 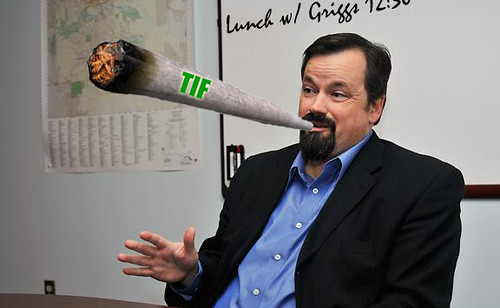 Police will remove anyone who "speaks out of turn"

[Attorney Jeremy] Root declared the special meeting Council held five days before was illegal and that the one it planned for 36 hours later would be, too.

The meetings were called so the [Columbia City] Council could introduce and pass development agreements with Opus and two other companies building student apartments downtown.

Root confronted City Manager Mike Matthes about how the special meeting was called....As Root returned to his seat, Matthes defended himself.  "I did call for this meeting," he said.

"In what fashion?" Root replied from the crowd.

Mayor Bob McDavid banged the gavel.  "You’re out of order," he told Root.

There were mumbles in the crowd.  "You’re out of order!" some shouted at McDavid.

A dull roar began.   McDavid banged his gavel again, called for a recess and left the chambers.

Matthes crossed the dais, leaned into the microphone and warned the public that if anyone spoke out of turn again, police would remove them. 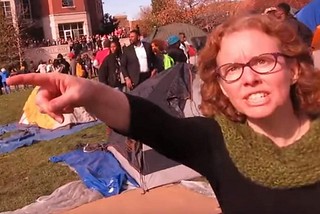 1)  Does anyone in a position of authority threaten "muscle" to halt speech?

2)  Does anyone in authority have a tantrum when someone (quite gently) exercises their First Amendment right?

3)  Should anyone in authority have resigned over not only this incident, but everything that led to it?

A lawsuit over the Opus student apartments similarly accuses city manager Mike Matthes of violating not just the First Amendment, but also the 14th Amendment rights of the entire Columbia community.

But no legislators are campaigning for his termination.   Instead, Matthes got a big raise with applause from his bosses!    "We need to show Mike respect, and pat him on the back for the good work he has done," 2nd Ward Councilman Mike Trapp said.

Columbia re-elected him with large margins, even after he championed Blight. 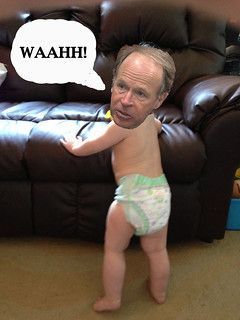 Mr. Matthes lied to the public for a year about the city's alleged lack of infrastructure.    The Columbia Downtown Leadership Council asked that he publicly apologize.   No dice.

His Machiavellian style has landed city government in court over the termination of public safety official Zim Schwartze; a giant TIF district that has County Hall in an uproar; and the Opus student apartments.

But City Council members frankly don't give a damn.

If the two gals -- low-ranking faculty who mostly embarassed themselves -- have to go, why did the two guys -- high-level officials who have arguably screwed up an entire community -- get to stay?