False statements in the city's financials?


COLUMBIA, Mo 8/31/18 (Beat Byte) -- Over a page of details about cash management and the Columbia city treasurer vanished from City Hall's annual financial reports in 2009, a 1998-2018 review has revealed.

The information was in every report prior to that year.  It's a disappearing act repeating across the city's finance administration.

A surprising comment from a columnist the Columbia Daily Tribune calls a city budget and finance expert led to the discovery.

A key phrase about the city's Union Bank of Switzerland (UBS) "pooled cash" account in every Comprehensive Annual Financial Report (CAFR) until 2009 "wasn't true," columnist Chip Cooper commented beneath his most recent Trib editorial, Mayor's call for audit reeks of politics.  "That's probably why it was removed."

The phrase -- "The City continues to manage a pooled funds investment program for all cash not restricted" -- was deleted, along with a "Cash Management" section and guidelines on how the city treasurer managed the  enormous pooled cash fund, along with investment, fiduciary, and retirement accounts.  The deleted sections also detailed checks and balances that served as internal auditing tools.

This publication could find no record of City Council members voting to remove or change the guidelines, nor any press reports about the change.  Excerpts from some of the deleted sections are below.

Swiss Bank Bundle
As of June 30, 2018 the city had deposited $328,667,466 into the UBS pooled cash account.  Market swings have cost the account, invested in liquid securities, over $13 million this year, another un-reported cash management snafu.

CAFR reports since 2009 have provided few details about the money's purpose.  Instead, Cooper and fellow Trib columnist Hank Waters have relied on verbal assurances from Matthes and Nix, raising the question: Who told Cooper the earlier pooled cash information "wasn't true"?

City staff accounts and Trib editorials have swung wildly about the UBS account's purpose, from Waters' recent "it's a rainy day fund" to Cooper's ongoing hearsay.  "The city finance department reports that about $3 million of the total is available for unrestricted, one-time expenditures," Cooper wrote.

But neither past nor present CAFRs report anything of the sort.  And the term "Unrestricted" is attached to well over a hundred million dollars in the most recent CAFRs.

Coop Dupe?
Cooper has written several editorials critical of this publication, on the one hand urging readers to ignore "conspiracy theories" about the city's Swiss bank (UBS) account, but on the other claiming Heart Beat publisher Mike Martin, Mayor Brian Treece, the Columbia Board of Realtors, and various city employee unions are conspiring to "undermine city government" and confidence in Matthes.


"My research suggests their actions 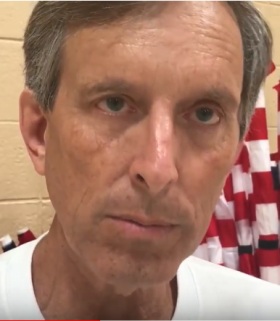 That ploy: Mayor Treece wants a close examination of the city's cash holdings to ascertain their true availability.  Treece has repeatedly noted that he cannot get accurate, timely financial information from Matthes nor any of his department chiefs. The Water and Light Utility's financial non-transparency has made headlines several times over the last year.

A rambling 4,000-word rant, most of which did not appear in the print newspaper, Cooper's editorial also condemned a proposed city finance and operations audit State Auditor Nicole Galloway would perform.

"Premised on false claims and faulty analysis," the audit would cost the city $500-750,000, which Cooper called "expensive and unusual".


SECTIONS OF THE CAFR DELETED AFTER 2008 (EXCERPTS)

The purpose in developing the City of Columbia’s Financial Trend Monitoring System (CFTMS) was to enable the City to better understand the factors which affect the City’s financial condition, and to present a clear picture of the City’s financial strengths and weaknesses for review by City management, credit rating agencies and others with a need to know.

The data collection effort has permitted an assessment of current financial condition, and will be updated each year to provide continuing assessments.

The primary responsibility of the Treasury Management Division of the Finance Department is to manage the investment portfolios and cash flow of the City.

The City’s investments are held in several portfolios that have a total cost of $330,077,702 and a fair value of  $336,971,025 as of September 30, 2008.   The City has adopted a comprehensive investment policy which authorizes the Finance Director to invest all City funds in any of the investment instruments
outlined in the ordinance.

In addition, the Police and Fire Pension Boards have adopted an asset allocation to be used specifically for the pension fund investments.

The City continues to manage a pooled funds investment program for all cash not restricted.  By investing available fund balances as part of the pooled cash account, the City receives more favorable interest rates.

A detailed listing of the securities held in the pooled cash portfolio can be found on pages 171-173.

This program was established and funded through the issuance of taxable and tax-exempt bonds in June 1988, which were fully retired in September 2002.  This portfolio now consists of investments with a cost of $5,788,431 and a fair value of  $5,788,431.

A detailed listing of the securities held in this portfolio can be found on page 172.

As provided for in the current investment policies and guidelines, approximately 52% of the funds’ assets are held in common stock and mutual funds.  Remaining funds are allocated between corporate bonds, U.S. government and agency securities and a money market fund.

A detailed listing of the securities held in this portfolio can be found on page 173.

The City is required to undergo an annual single audit in conformity with the provisions of the Single Audit Act Amendments of 1996 and the United States Office of Management and Budget Circular A-133, Audits of States, Local Governments and Non-profit Organizations.  Information related to this single audit is included in a separate report.