IN THE HEAT OF THE NIGHT: Graphic CoMo video highlights sour relationship between cops, African Americans 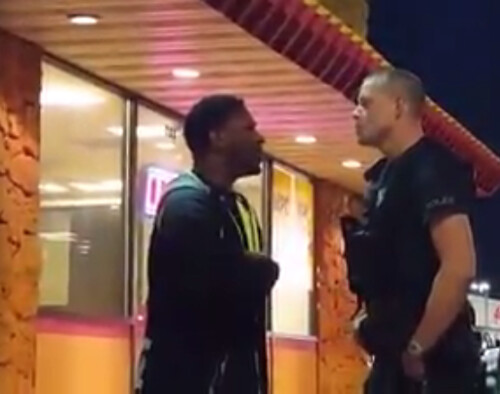 COLUMBIA, Mo 5/18/16 (Beat Byte) --  A videotaped encounter between a Columbia police officer and a young black man graphically illustrates the strained relationship between cops and African-Americans.


Nearly 12,000 people have watched the 7-minute video, posted on Facebook about a month ago.
It follows a loud, heated argument between Officer Chris Papineau and a resident nicknamed "Coot" who accuses Papineau of planting drugs to secure a conviction.

A palpable rage surfaces between the two men that draws from a well of frustration deeper than this single encounter would suggest.   Their mano a mano square-off is a duel of accusations during which both men seem powerless to achieve the justice each thinks he deserves.

"I'm tired of you accusing us of being crooked," Papineau tells Coot, as his partner watches silently.

"You planted drugs on me," Coot fires back.

"I didn't plant shit on you," Papineau says.

The idea a police officer would jeopardize his career by planting drugs is far-fetched, but Coot argues it with such passion that observers off-camera think something momentous is unfolding.

"You're so fucking stupid that you put the dope too far under the seat for anyone in the car to have put it there," Coot says to Papineau.  "Even the state is saying that!"

"Oh yeah!  Oh man!" someone off camera exclaims.  "This is Youtube shit here!"

When Coot and Papineau start arguing about whose DNA should be on the planted drugs, the two men sound like opposing attorneys at trial, fighting for justice each thinks may be denied.

The 30 comments beneath the video have the same "justice, out of reach" theme.  Commenters cheer on what they see as a battle between right and wrong.

"Do what's right bro you got the city behind you." 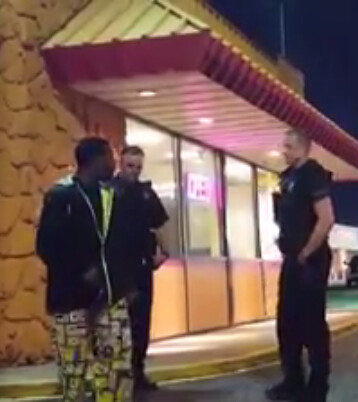 "Do what you have to do to prove your innocence."
"I hope you get the justice you deserve bro."


"Prejudice at its best.... system neva was set up right for blacks."
Coot berates Papineau right to the end, calling him a "mother fucker," and other profanities, apparently with a child nearby (a child's voice is heard off-camera).

Papineau and his partner are mostly restrained, and remain calm.  But both officers should have walked away from the encounter after about the first minute.

By then, it was clear that for the black man facing drug charges and the white cop accused of corruption, Justice would not be found in the heat of the night.