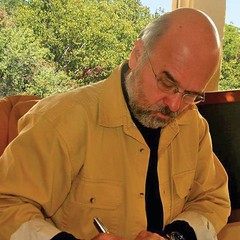 Better known as a populist liberal who routinely condemns taxpayer-funded business incentives, Mr. Skala did a striking about face in late December.  During a discussion on the Keep Columbia Free (KCF) Facebook page, Mr. Skala defended city administrators who have been touting the land-buying scheme as a way to create more jobs and "more Water and Light customers."

"A rather wise property investment, no?" Skala asked KCF members.  "This investment stands to mitigate future rate increases by its potential."

"I hope you were just being sarcastic," wrote CoMo Council Watch member Pam Cooper.  "Why is the city participating in land speculation at taxpayer expense?"

Comparing the scheme to extortion, KCF director Mark Flakne said it was little more than a "handout to business buddies."

The remarks echoed earlier criticisms of the property-purchase plan when it was announced in April 2013.

"This calls the Water and Light department's credibility into question," Columbia resident Eleanore Wickersham told the City Council in a widely-reproduced letter that discussed department projects presented to voters during bond elections -- a list that did not includethe land purchase.
"They say our rates will be raised and we will have to fund these projects with a bond, i.e. a large debt.   But at no time was the public told three million dollars the department collected from customers would be used for land purchases," Wickersham said.
Cooper echoed Wickersham's thoughts.  "Where in the City Charter does it mandate, permit, or even suggest that the city shall participate in purchasing land for the purpose of gaining new electric customers, large or small, at taxpayer expense?"

"The City is investing in this property in order sell it at a profit and create jobs," Mr. Skala responded.  "A potential taxpayer windfall, no?"

"What happens when said development doesn't entice business into town?" Melissa Sharp asked.  "Taxpayers are on the hook for another failed city speculation."

Mr. Skala -- rumored to be a Mayoral candidate in 2016 -- acknowledged Sharp's concerns, but did not waiver.

"Is there risk?  There is always risk," he responded.   "But the economy is perking along nicely, and I believe the risks in this property investment -- particularly since the state is participating in shovel ready certification -- are minimal," Skala concluded.

Wickersham may have best echoed the thoughts of most ratepayers last year.


"When I pay my electric bill, I expect I am being charged what it costs to provide service," she wrote the City Council.  "Either use excess funds to improve our electrical system or reduce our fees.   Don't use the funds to 'prospect' for new businesses."