COLUMBIA, Mo 11/17/13 (Beat Byte) -- A Columbia town boss has jumped into the fray over activists and free speech First Ward City Councilman Fred Schmidt instigated last month.  Schmidt lambasted Monta Welch, John Clark, and other community activists for testifying too often and too long at public hearings, calling them "repeat offenders."
"The Mayor should deal with...Councilman Schmidt's 'repeat offenders,'" writes MBS Books CEO and former Columbia Mayor Bob Pugh, in a Sunday newspaper editorial.  "Reasonable limits on public comments have nothing to do with the First Amendment. The Council has every right to impose reasonable limits on public comment. Let the U.S. Supreme Court deal with constitutional issues."

A developer and principal of the St. Charles Road Development Group, Pugh has sold over $3 million of vacant farmland to the Columbia public school district and City Hall in the past five years.  A frequent critic of populist advocates, Pugh's editorial is four times the length of a letter to the editor.  He blasted this publication in September for being "full of crap."
"It's okay for members of the Council to admit some people who appear before them have an ax to grind or like to hear themselves talk," Pugh explains.  "How many times does the Council need to hear worries about storm water runoff? Remember:  'The mind can absorb only what the rear end can endure.'"
Bossing the Council
The "town boss" is such a Midwestern archetype that America's first winner of the Nobel Prize in Literature, Sinclair Lewis, built his most famous novel Babbitt around fictionalized town bosses Charles McKelvey, a millionaire developer, and newspaper publisher Col. Rutherford Snow.
Columbia's town bosses are likewise a small group of prominent business owners like Mr. Pugh who try to guide city, county, and school district affairs behind the scenes.   "They'd decide what would happen at Council the following week," said a source who attended town boss meetups at Columbia's old Katy Station restaurant.  "It's gone on for as long as anyone can remember.  But you won't get many people to talk about it."
Known as "shadow governments," town bosses often push policy, zoning, and financial schemes pundits have facetiously labeled "WTF moments" -- concepts so beyond a community's norm, voters and taxpayers have trouble figuring out from whence they came.   The Blight and Ward Gerrymandering scandals of 2011-12 are recent examples of WTF moments in CoMo.
Another WTF Moment?

Pugh's editorial -- which references Mr. Schmidt at length -- suggests the bosses pressured the Councilman to come out with his anti-free speech proposal.

"The public needs to realize -- and if some do not, they should be reminded -- that the Council is well-informed regarding the issues under consideration," Pugh explains. Case in point, according to Pugh: "Rezoning," which has recently meant mega-student apartments where single family homes once stood.
"Flooding the Council chambers with neighborhood association members who all want to speak their minds is not necessary," Pugh insists.  "The Council is not going to count noses.  Council meetings are not forums for public debate."
Pugh's Pointers
For Mayor Bob McDavid, Pugh concludes with a list of blunt offerings.  He uses the word "Mayor" over a dozen times.
"How the Council meetings are conducted is the Mayor's responsibility."
"The Mayor has the gavel and sits in the center chair."
"The Mayor has the implied authority and responsibility..." 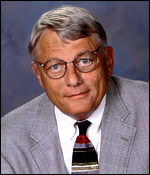 "The Mayor, before opening a public hearing, should spell out the ground rules."
"The Mayor, using his best judgment, has every right to interrupt and inform any speaker that his or her comments are out of order or not relevant."
"The Mayor has the authority to end a public hearing when, in his judgment, 'We have heard enough.'"
Pugh concludes with a call to arms, citing his 1975-77 experience in the Mayor's chair.
"Mr. Mayor, lead, follow or get out of the way. You have the gavel; you sit in the center chair. That is why you make the big money. Earn it."
Columbia City Council members will start receiving compensation for the first time ever next year.  Mayor McDavid will receive $9,000 annually.
-- Mike Martin for the Columbia Heart Beat.  Memes courtesy of Keep Columbia Free.