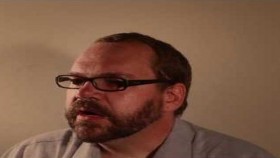 Earlier Heart Beat stories have taken local officials and organizations to task for myriad conflicts of interest, including the Columbia Daily Tribune's executive stake in REDI -- a city department/business lobby -- and Second Ward City Councilman Michael Trapp's failure to disclose his employment by members of REDI's Board of Directors either on the campaign trail when the Blight Decree was Issue #1 or when he voted to approve REDI-supported EEZ legislation.

Our latter coverage brought howls of protest from former Columbia City Councilman Al Tacker, longtime director of the non-profit Family Counseling Center.
"Your attack on Michael Trapp's transparency is absurd.  As someone who has worked for a non-profit board as well as having served on some, I find it highly unlikely that a non-administrative staff member in a non-profit would even know who all the Board members were, much less be aware of their investment interests.
"In all of the non-profits with which I have been associated, a board member who attempted to interfere with a service delivery staff member's employment would be subject to immediate dismissal from the board, and I'm pretty sure that [Trapp's employer] Phoenix Programs would have the same rules."
Of course, "pretty sure" is hard to justify when people are facing the prospect of blight, rising taxes, and diminishing services as more and more businesses seek and receive the big incentives for which Councilman Trapp has become a big cheerleader.
RELATED:
http://www.columbiaheartbeat.com/index.php/city-hall/city-council/249-060712
http://www.columbiaheartbeat.com/index.php/city-hall/city-council/255-061412