"It's my understanding that if we do a voluntary repeal, we as Council individuals are actually financially liable if we are sued, correct?" Chadwick asked, at roughly 4:08:03 in this video.

"It does raise the potential for that to be declared in violation of an existing contractual agreement," Thompson answered.

"Which would make the individual Council...." Chadwick interjected.

Explained weeks ago to the Columbia Heart Beat "off the record" (not for publication) unless it was later confirmed, the threat was characterized to this publication as an unusual form of blackmail:   elected and appointed public offiicals are rarely held personally liable for tasks they perform as public servants, especially passing or repealing legislation.
"There is little in case law to look to with regard to personal liability for Mayors and Council members," explains a Texas Municipal League handbook on municipal governance.   Liability might arise if "a Council member takes an action that was not authorized by the laws, ordinances, or policies of the state or city."

But the effort to repeal the Opus agreement -- with its nearly 4,000 signature referendum petition -- is fully authorized under the Columbia City Charter.  Council members voting to repeal should be shielded from litigation under the well-established doctrine of "Legislative Immunity."

Derived from the U.S. and state Constitutions, case law, and United States Code section 183, "the immunity attaches to any legislator acting in the sphere of any legitimate legislative activity." 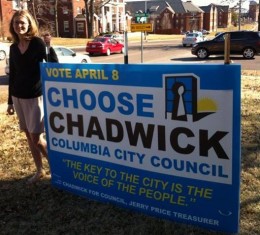 The U.S. Supreme Court even addressed the specific issue related to Opus -- voting on an ordinance.   In Bogan v. Scott-Harris, the Supremes found that voting on an ordinance was a "legitimate legislative activity" if it "bore all the hallmarks of traditional legislation" and "reflected a discretionary, policymaking decision" and  "may have prospective implications that reach well beyond the particular occupant of the office."

Certainly, repealing the Opus ordinance via the Referendum process passes this three-part test.
Just as certainly, Council members -- or anyone, for that matter, may be sued for almost anything.  But the odds remain in their favor.   The Opus agreement itself contains numerous clauses protecting city officials from litigation over "official acts of governance."   The City Charter offers the same protection.   "All contracts, agreements, and other obligations entered into, and all ordinances and resolutions passed after the adoption of this charter and contrary to the provisions thereof shall be void," it asserts.

City Hall should have adequate liability insurance that covers Council members (something those members should check posthaste); and any lawsuit would involve the Charter-sanctioned Repeal 6214 effort, a politically popular act of democratic governance and free speech.

That effort, city clerk Sheela Amin said last night, was likely to succeed with enough valid signatures.   But five Council members short-circuited it.  Too bad they couldn't find the courage of personal conviction to resist a threat of litigation, and let such a powerful act of democracy conclude democratically.