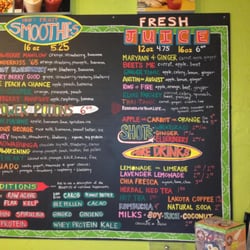 "Chowing down in Mo?  These are the places to Go!"

COLUMBIA, Mo 02/11/15 (Beat Byte) --  Two Columbia restaurants have made a top 15 list of Missouri eateries that "will blow the taste buds out of your mouth."

"It's the homestyle foods like meatloaf that really shine," at the Branch, she adds.

Diners will love Main Squeeze so much, Norton says, they may "want to marry it" -- with owner Leigh Lockhart's permission, of course.  Think she's joking?

"After you get acquainted with everything Main Squeeze has to offer, it won’t be a joke anymore," Norton notes.   "Order the Buddha Bowl, Sunshine Burger, rice bowls, or any of the wraps to hit the best highlights."

The Movoto list praises restaurants all over the state, in towns large and small.

Columbia's entrants join Justus Drugstore in Smithville;  Johnny Jo’s Pizzeria and Arthur Bryant's BBQ in Kansas City; Tortilleria Perches in Springfield; Sauce on the Side in St. Louis;  The Big Biscuit in Independence; Thai Spice in Lee's Summit;  Annie Gunn’s in Chesterfield, and five others.