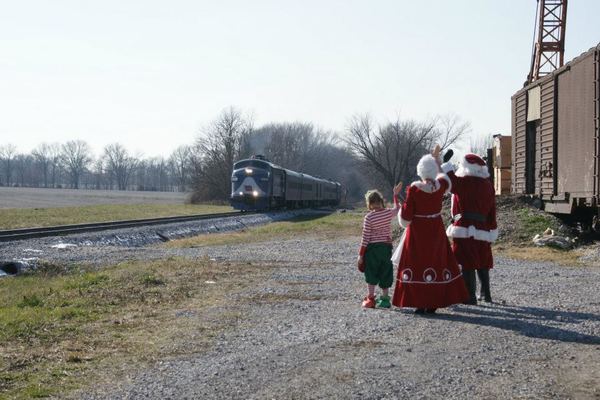 COLUMBIA, Mo 12/11/14 (Beat Byte) -- After an ill-fated third sale to a Florida-based holding company and a shell corporation from El Salvador, the Columbia Star Dinner Train is back with its second owner, who has issued a statement about the train's financial problems with City Hall.

City officials this week announced they are cancelling a contract that allows the train on the publicly-owned COLT rail line, over unpaid bills and safety problems.
Until now, the train's owners spoke neither to local newspapers nor city officials about the problems.

"The Columbia Star Dinner Train is working on solving all of its present road blocks, completing an ownership change to a larger company, and hopefully sitting down with city officials on a new contract," Train Travel, Inc. CEO B. Allen Brown told the Heart Beat.

Working on a fourth sale to new owners that began in October, Brown said the operation "unexpectedly became burdened with an equipment finance issue that led to other problems."

TBG and its CEO, Neil Swartz, were new entrants in the railway business, and Vanell was a shell corporation -- a company with no assets set up to trade on a stock market -- that sold coffee from Central America.

Completed in April 2014, the Train Travel Holdings deal collapsed in October, about the time deputy Columbia city manager Tony St. Romaine says the dinner train ceased operations.   With the train back in his possession, Brown says he has lined up another sale.

"We are hopeful that the city will sit down with the new owners on a new agreement," he explained, expressing optimism the trian could resume operations in early 2015.

Controversial since it opened in 2011 with $45,000 in city money and $20,000 in city-financed improvements to its railroad station north of town, the dinner train draws most of its visitors from out of the area, Brown said.
He also implied plans may still emerge for a railcar accessible to persons with disabilities.  "Train Travel, Inc. has been the only company willing to set forth a plan to accomodate guests requiring wheelchair and other accomodations," Brown explained, adding his firm needed a contract extension with the city to add the car.

Although the Federal ADA does not require such accomodation in a historic railcar, the dinner train's receipt of public funds sparked demands that its owners comply regardless.  Vaughn, the train's first owner, spoke about complying but never did.

"We pay taxes like everyone else," disabilities advocate Aimee Wehmeier, who now directs St. Louis-based Paraquad, said at the time.  "If they don't want to accomodate us, they shouldn't take our money."

FIRST PART OF OUR REPORT