THE BAD NEWS ABOUT THE DINNER TRAIN: And why CoMo City Hall should have seen it coming

COLUMBIA, Mo 12/10/14 (Feature) -- Now we know why Deputy City Manager Tony St. Romaine has been barking at Uber, the ride sharing service:  to divert attention from another disaster on his watch, the collapse of the Columbia Star Dinner Train.

It's a disaster St. Romaine -- the dinner train's champion-in-chief since it received $65,000 in city taxpayer money -- should have seen coming at least a year ago, if not long before.

Heart of a bureaucrat

Had St. Romaine or one of his subordinates kept a better eye on the public's money, City Hall might not be yanking its contract with the train now.   City officials could have sent the train's latest owners packing before they ended up owing the city -- us -- nearly $12,000 in unpaid bills, while letting their trains -- sitting on our publicly-owned tracks -- fall into disrepair.

Instead of insisting each Uber driver pass a background check, St. Romaine should have instead checked the backgrounds of the dinner train's owners, a trail of operators who do business in the murky world of penny stocks and shell corporations.  That trail looks like this:

One dust up after another has dogged the train since it opened in 2011, from the Eapen Thampy racist rant kerfuffle to the phone threat controversy involving a Columbia Disability Commission member and the train's then-general managers.
From Central States to Railmark to Train Travel, Inc.

In a well-reported first sale, Va 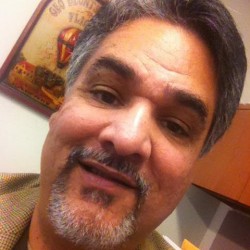 ughn and Central States sold the dinner train to B. Allen Brown and Railmark Holdings in Nov. 2013.   The Heart Beat reported the sale Dec. 2.  The Columbia Daily Tribune followed our report a few days later.

That sale -- the train's third in less than two years -- was not reported, and the hard-to-follow story behind it may be the reddest red flag bigger problems would follow.

From Train Travel to TBG

Less than a year later, in Jan. 2014 Dent and son Matthew -- both citizens of the UK -- filed a 26-page lawsuit against TBG, Swartz, Hart and other parties involved in the Monkey Rock transaction.  Among their claims, the Dents alleged breach of contract and fraud.

Later settled, the lawsuit details the complex, paper-only transactions -- stock splits, reverse splits, debt conversions, equity reductions, and so forth -- that are the stuff of penny stocks, i.e. lightly-regulated shares that trade for pennies, often backed by no hard assets.

From TBG to Vanell to Train Travel Holdings

Operated until Jan. 2014 by Francisco Magana, Vanell "was a private El Salvadorian company that provided consulting services in commercial cultivation and processing of coffee in El Salvador," according to EDGAR filings with the U.S. Securities and Exchange Commission (SEC).

After what Swartz and TBG called a "reverse merger," Vanell's penny stock sticker changed from VANL to TTHX, while its EDGAR filings noted only one hard asset:  the dinner train.

"In its first run after Train Travel Holdings Inc. (OTCQB: TTHX) took control, The Columbia Star Dinner Train had a successful weekend," an April 29, 2014 press release announces.  "Both the new and existing staff worked together to bring this off," said Neil Swartz, CEO.

Although this third sale was not reported, the new owners held a reception that included their public relations director.  "I was extremely pleased to be able to attend this weekend's train trips in person, and to document the operations of this important first entertainment train operation for TTHX," said Sharon Ford, Director of Media for Train Travel Holdings, Inc.   "It was wonderful to watch."

The red flags -- all readily available via Google -- get redder.

In its first EDGAR filing (Jan. 2013), Vanell/Train Travel Holdings showed $2,400 in total revenue; $951 in profits; but an astonishing 2.7 million shares of stock outstanding.

In its most recent filing as Train Travel Holdings, (Nov. 2014) the firm showed over $1 million in losses, on this sour note:

"For the three and nine months ended September 30, 2014, the Company wrote off $169,494 of Other Receivables from Columbia Star Dinner Train, which were deemed uncollectable.  As a result of our net loss from operations, net cash used in operations, deficit accumulated as of September 30, 2014, our ability to continue as a going concern is in substantial doubt."

The Columbia Star Dinner Train's last run was Oct. 19, St. Romaine says, coinciding with another oddball incident in its short but turbulent life.   TBG/TTHI somehow "unwound" the dinner train acquisition, an Oct. 31 press release explains.   "We are assessing our options over the next few days," TBG's Swartz said, calling the months-old acquisition "null and void."
St. Romaine, meanwhile, says the city plans to file suit to collect the past due bills from Train Travel Holdings, which has declared to the SEC, "it is likely that we will not be able to achieve significant profitability and might need to cease operations."