BLIGHT MADE RIGHT: How CoMo controversy ignited new focus on startups and entrepreneurs 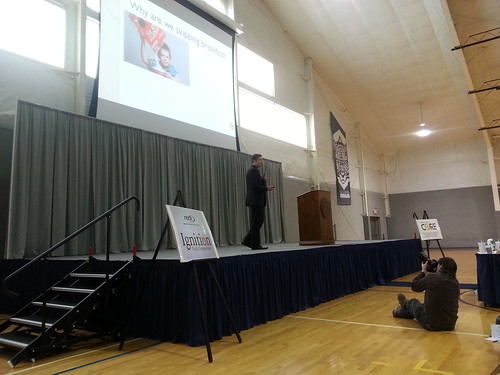 Lemonade from a lemon

A.K.A. Regional Economic Development Inc., REDI is the city department/business lobby that championed Blight/EEZ, on what seemed a never-ending quest to lure big, out-of-state, old-line businesses like IBM and other manufacturers.

"We need good-paying manufacturing jobs," Mayor Bob McDavid kept saying.  "We need the kind of jobs only large, existing firms can provide, and they won't come to Columbia without equally large taxpayer incentives."

Then something remarkable happened.  Damn near the entire community rallied to shut down this dumb idea, and related incentives like TIF.  Talk of a new focus began, and three years ago next month, this publication was the first to put it into words. 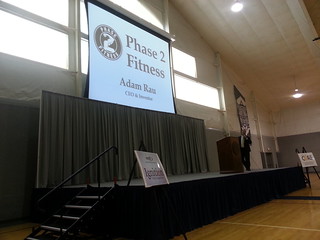 "If a 2011 Kauffman Foundation study is right, Columbia's leaders are wooing new business the wrong way," we wrote.   "Fifty four percent of people in the millennial generation want to start their own business or already have, the study claims.  Among Columbia's young population, that's a tremendous pool of ready talent that few in local leadership even recognize, let alone try to help."

Within a year, REDI revamped itself into Columbia's leading supporter of entrepreneurs, the folks who grow Apples and Googles in their garages, without tax incentives and without much help from anything but their own drive and ambition.

Though the public doesn't get much credit for REDI's re-do, the outcry over Blight and the dinosaur lure called the Enhanced Enterprise Zone (EEZ) made it happen.

City Hall listened and Columbia is better for it.

Ignition hosted entrepreneurs in a sta 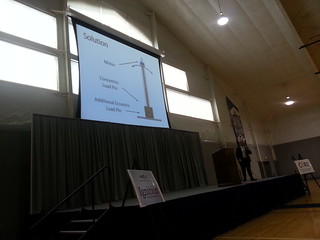 Competition sponsors wrote checks totalling about $15,000 to the event's winners, which included a "People's Choice" award from the audience.

This writer's awards for best presentations go to EssentialSpots, an app-based "beacon" that promises the holy grail of retail marketing; Phase II Fitness, a gym equipment add-on that takes full advantage of so-called "negative reps", the exercise muscles get when they lower a weight after raising it; and Solar Nomad, a clever, semi-portable solar panel array that represents a first step in the miniaturization of solar power technology. 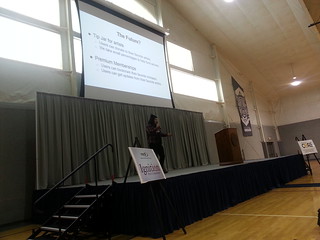 "How do you expect to make any money?"

"Do you have proof of concept?"

Sometimes the answers were straightforward; other times, not so much.   As an entertaining educational event, though, Ignition was a success and a good omen for its host. 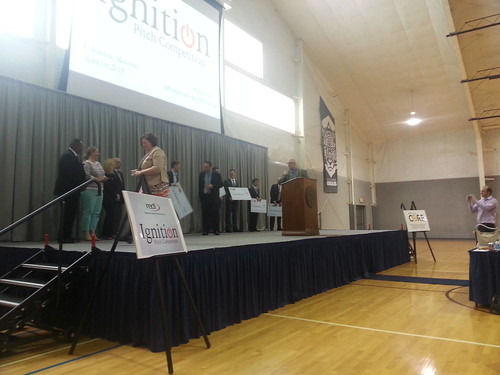 So -- all you dissenters out there who dared speak up when your government -- Columbia City Hall -- was going in the wrong direction.

Thank you.  And Columbia's growing population of entrepreneurs thanks you, too.